We had a few changes to the songlist for the first session this week, with a couple of new songs added to the list, I’m into Something Good by Herman’s Hermits and Dolly Parton’s 9 to 5. We also changed the order a bit and removed Dirty Old Town and Folsom Prison Blues.

The change of order and new songs went down really well, and you can hear us getting better on the songs we’ve played before. We were regularly finishing together too!

The second session saw us tackle a few old favourites such as Common People, Delilah, Teenage Kicks, Friday I’m In Love, Heroes, Sloop John B, Under The Boardwalk, Save The Last Dance From Me and You Are My Sunshine.

We also tried a few new numbers including Ask, Rabbit, Don’t You Want Me, (Is this the Way to) Amarillo, Waterloo Sunset, Lady Madonna, Half A World Away, The Loco-motion, and Sugar Pie, Honey Bunch.

We also attempted a late edition to the songbook, The Walker Brothers’ The Sun Ain’t Gonna Shine (Anymore), as a tribute to Scott Walker’s passing earlier in the week. I can’t say we did it justice, but it was a late addition and our first time playing it. One for us to try again. 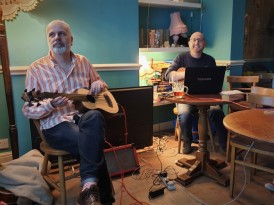 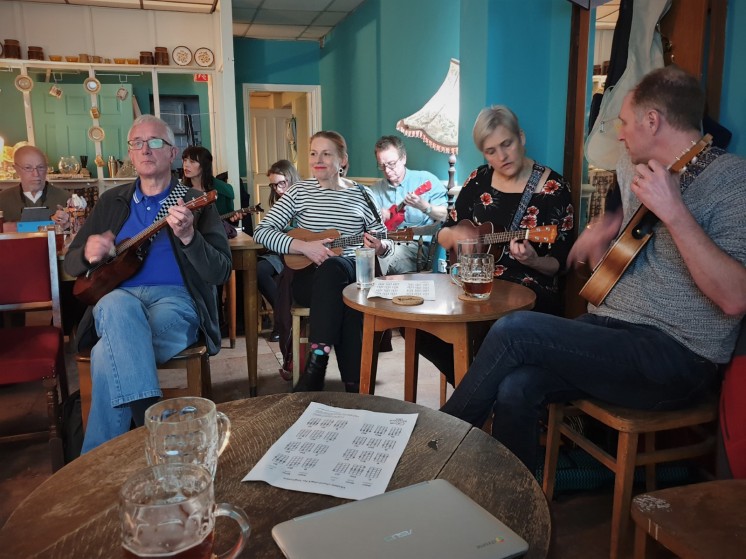 Hope to see you again next week! As ever, if you have any feedback or requests for the songbook or songlist, then please do get in touch!

Stretford Uke is a free weekly ukulele jam, welcoming players of all levels, from beginners to advanced. A fun strum along to liven up the start of the week!

Stretford Uke takes place every Tuesday from 7:30pm at The Sip Club, just turn up with your ukulele and the songbook. Find out more on our Facebook page, or come and join our Facebook group.